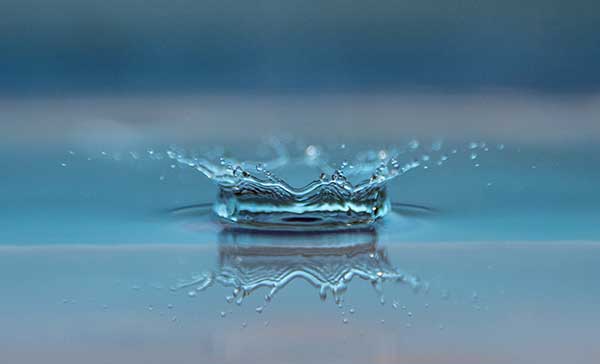 About Fluoride in drinking water

In January of 2011, the US Department of Health and Human Services and the EPA issued a new recommendation. The new recommended fluoride level is 0.7 ppm, replacing the previous recommended range of 0.7-1.2 ppm. We have accordingly lowered our treatment goal from 0.8 ppm fluoride to 0.7 ppm. CWA water contained an average of 0.69 ppm of flouride in 2012.

For parents and caregivers of infants:

The ADA and the CDC have recommended the following for the parents of infants:

Questions and Answers Regarding Fluoride in Drinking Water

For your reference, the following is taken directly from the CDC website at www.cdc.gov

Background: Infant Formula and the Risk for Enamel Fluorosis

The proper amount of fluoride from infancy through old age helps prevent and control tooth decay. In a minority of children, fluoride exposure during the ages when teeth are forming (from birth through age 8) also can result in a range of changes within the outer surface of the tooth called enamel fluorosis. Recent evidence suggests that mixing powdered or liquid infant formula concentrate with fluoridated water on a regular basis may increase the chance of a child developing the faint white markings of very mild or mild enamel fluorosis. This occurs on baby and permanent teeth while they are forming under the gums. Once the teeth come into the mouth, they are no longer able to develop this condition. Typically, very mild or mild fluorosis is barely noticeable, if noticed at all. Studies have not shown that teeth are likely to develop more esthetically noticeable forms of fluorosis, even with regular mixing of formula with fluoridated water.

In children younger than 8 years of age, combined fluoride exposure from all sources-water, food, toothpaste, mouth rinse, or other products-contributes to enamel fluorosis. Currently one-third (33%) of children aged 12 to 15 years in the United States have very mild to mild forms of this condition. It is important to understand that some fluoride exposure to developing teeth also plays a long-term role in preventing tooth decay. Parents and health providers should weigh the balance between a child’s risk for very mild or mild enamel fluorosis and the benefit of fluoride for preventing tooth decay and the need for dental fillings.

The possibility of an association between fluoride in infant formula and the risk for enamel fluorosis has been studied for many years. Until now, most researchers concluded that fluoride intake during a child’s first 10 to12 months had little impact on the development of this condition in permanent teeth. A recent study, however, has raised the possibility that fluoride exposure during the first year of life may play a more important role on fluorosis development than was previously understood. It now appears that the amount of the fluoride contained in the water used for mixing infant formula may influence a child’s risk for developing enamel fluorosis, particularly if the child’s sole source of nutrition is from reconstituted infant formula.

CDC will continue to assess the science regarding the use of fluoride in preventing tooth decay while limiting enamel fluorosis, and will modify its recommendations as warranted. CDC believes that community water fluoridation is safe and healthy and promotes its use for people of all ages.

Can I use fluoridated water for preparing infant formula?

What is enamel fluorosis?

Enamel fluorosis is a hypomineralization of the enamel surface of the tooth that develops during tooth formation. Clinically, this appears as a range of cosmetic changes varying from barely noticeable white lines or spots to pitting and staining of the outer enamel layer. More cosmetically objectionable forms of this condition can occur when young children consume excess fluoride from all sources during critical periods of tooth development. More can be learned about enamel fluorosis at https://www.cdc.gov/fluoridation/faqs/dental_fluorosis/index.htm

What type of water does CDC recommend for mixing infant formula?

Parents should follow the advice of the formula manufacturer and their child’s doctor for the type of water appropriate for the formula they are using. Parents and caregivers of infants fed primarily with formula from concentrate who are concerned about the effect that mixing their infant’s formula with fluoridated water may have in developing enamel fluorosis can lessen this exposure by mixing formula with low fluoride water most or all of the time. If tap water is fluoridated or has substantial natural fluoride (0.7 mg/L or higher), a parent may consider using a low-fluoride alternative water source. Bottled water known to be low in fluoride is labeled as purified, deionized, demineralized, distilled, or prepared by reverse osmosis. Most grocery stores sell these types of low-fluoride water. Ready to feed (no-mix) infant formula typically has little fluoride and may be preferred for use at least some of the time.

Why is there a focus on infant formula as a source of fluoride?

Infant formula manufacturers take steps to assure that infant formula contains low fluoride levels-the products themselves are not the issue. Although formula itself has low amounts of fluoride, when infant formula concentrate is mixed with fluoridated water and used as the primary source of nutrition, it may introduce fluoride at levels above the amount recommended to minimize the risk for fluorosis. Infants consume little other than breast milk or formula during the first four to six months of life, and continue to have a high intake of liquids during the entire first year. Therefore, proportional to body weight, fluoride intake from liquids is generally higher for younger or smaller children than for older children, adolescents, or adults. Mixing concentrate with fluoridated tap water on an occasional basis is unlikely to be of much risk. However, when used consistently as the primary source of nutrition over longer periods of the first year, a child may receive enough fluoride to increase his/her chances of developing very mild or mild fluorosis.